By: Zeze Ballah. This article was originally published by The Bush Chicken.

The Accountability Lab is doing this through its first ever Integrity Idol in Liberia. The goal of this program is to help promote positive examples of accountable community leaders with the objective of building a society in which everyone will have an equal opportunity.

Lawrence Yealue, the Accountability Lab West Africa representative, told The Bush Chicken that Liberians can nominate an honest civil servant who is 59-years-old or younger by filling the nomination form.

“The process is an initiative to motivate positively and re-enforce good behavior in the Liberian society,” Yealue said.

According to Yealue, the lack of integrity, which leads to corruption, inequality, and insecurity, remains the heart of the challenges that Liberia faces today. “It is [the cause of] Liberia’s inability to create positive social change,” he said.

“Ordinary Liberians feel helpless to change these dynamics with little to do except complain about the graft and mismanagement of those in power,” Yealue said.

He said this perception of Liberians supports a self-reinforcing dynamic that nothing can change in their country.

“Accountability Lab believes strongly that there are lots more good people in Liberia than bad ones,” Yealue added.

He said the Accountability Lab also believes there are honest civil servants and government officials in Liberia who should be identified and celebrated, and whom the country can use as examples in the fight against corruption.

The Integrity Idol program is a four-month campaign which runs from August to November 2015 with the explicit goal of engaging Liberians across the country in a conversation about integrity and accountability.

“The program will generate support for those civil servants within the government who are sacrificing their lives to serve the public good,” Yealue said.

Yealue said his institution has mobilized their extensive youth networks for the process and expect hundreds of nominations from every corner of Liberia. 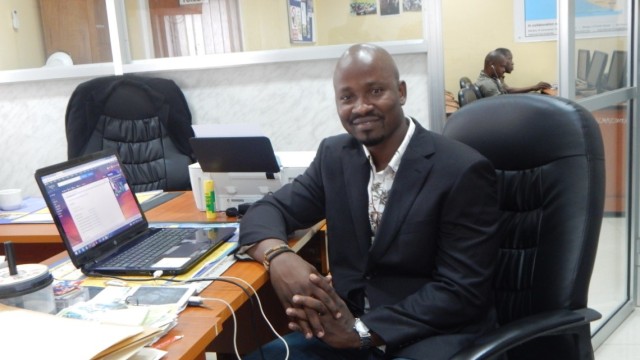 After the nominations are received, a team from Accountability Lab will verify submissions and select expert panel jurors to narrow the field of submissions to the best top five.

“These five finalists will then be filmed at their job sites explaining why it is important to have integrity and at the same time interacting with others who can vouch for their great work,” Yealue said.

The films will then be converted into 20-minute episodes which will be shown on national TV and air on national and community radio stations across the country. Those specific channels will be announced in the coming months.

Yealue said a single Liberian will be selected and crowned the Integrity Idol in a public ceremony in Monrovia.

Yealue said that while Integrity Idol celebrates individuals, the winner will serve the collective good.

“We want a winner as an Accountability Lab ambassador who will form a network of good people in Liberia for quite a while before retiring from government,” he added.

Yealue expects the winner to use his or her good image to encourage honesty at various workplaces across Liberia.

“The good work of the five winners will also be highlighted in the public that will allow other Liberians to question the existing realities, which in turn will lead to changes in behavior that can improve the lives of Liberians,” Yealue said.