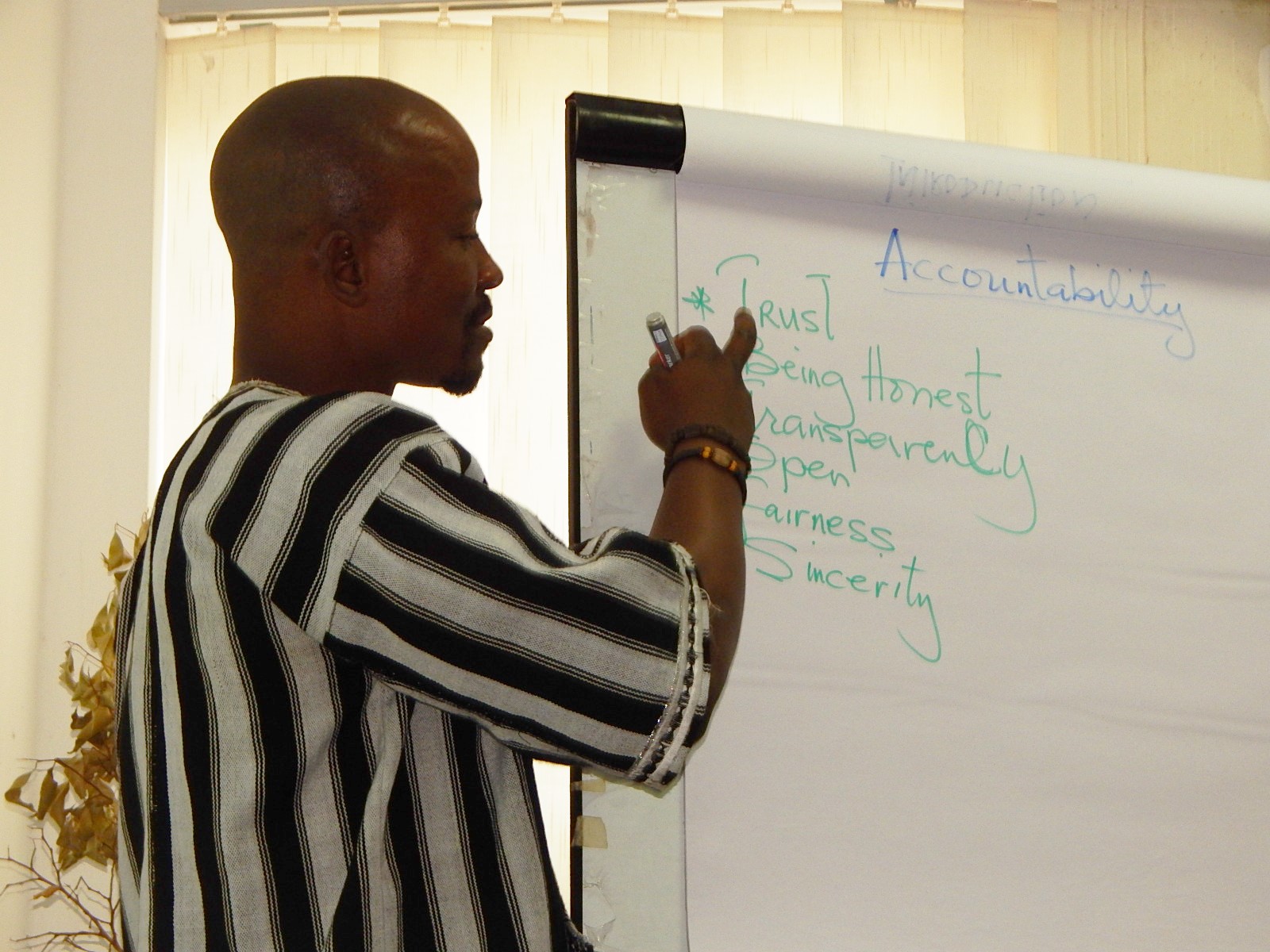 MONROVIA, Montserrado – The Accountability Lab has ended a three-day training for “accountapreneurs” who are participating in its two-year accountability incubator program.

The training lasted from Jan. 12th to 14. According to Lawrence Yealue, the West Africa Representative at Accountability Lab, the accountapreneurs were selected from a list of several individuals and organizations who applied to participate.

The participants proposed programs with innovative ideas for strengthening accountability, anti-corruption efforts, and integrity in their various communities.

Yealue said that the lab, in a two-year agreement with the accountapreneurs, will provide training and support for their innovative ideas.

“Our team will provide two-years of hands-on training, mentoring, networking, media outreach, seed funding and management support to the accountapreneurs as they pilot their ideas,” he said.

Yealue said as part of the agreement, each organization or individual under the program will receive seed funding of US$10,000. He said the amount will be given in portions of US$2,500 every six months for the two-year period.

During the program, Yealue said participants are expected to collaborate with staff of the lab to strengthen and implement their projects.

“They will also share regular updates on the progress and impact of their work; and attend trainings and meetings,” he added. In addition to their responsibilities, he said they must also commit to work on their accountability projects a minimum 20 hours per week in order to effectively develop and implement their projects.

The Bush Chicken is among a list of organizations who were selected for the program. Others are Liberia Film Institute, LIVARTS, and the OK FM radio station among others.

Participants of the program have praised the organizers for the training and promised to use their ideas to impact their communities by promoting accountability issues.

LIVARTS Executive Director Leslie Lumeh praised the Accountability Lab for the training and promised to use the knowledge to make his organization more effective.